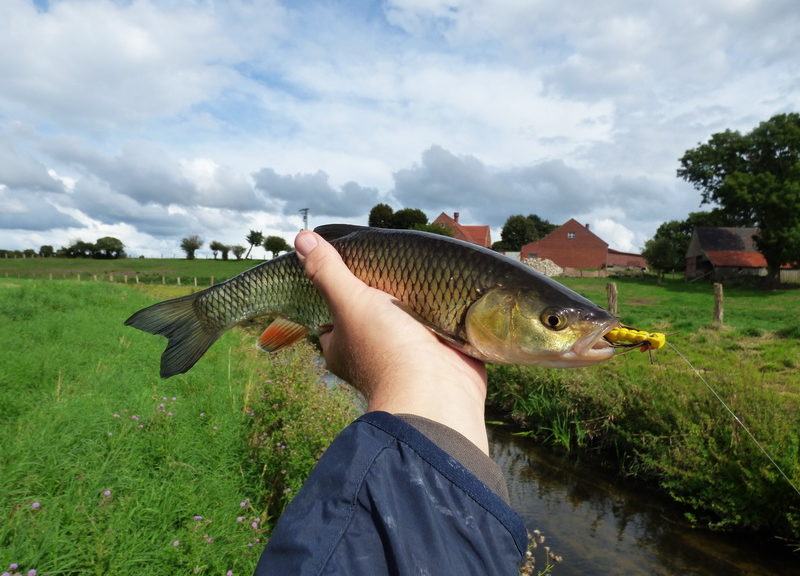 Despite the cloud cover and occasional rain I went for the chub spot today. Normally only good with clear skies and warm weather but what the heck,

I wanted to try roach fishing first but when I came to the right spot the water level had dropped one to two feet below the already low level.
Appearantly work on the weir had required the lowering of the weir.
I had hoped for schools of fish at the end of the weir but only got a roach, decent one though.

After some sightseeing I tried to locate the chub in less than ideal conditions.
The weather did improve during the day with some openings in the cloud cover and even some sunshine.
Plenty of fish came along but no real takers, some of the chub got as far as hovering under the hopper pondering to eat or not to eat.
A long cast with the hopper to some schooling fish yielded a good chub.

It got late and as the sun was low in the sky my sight fishing failed as I could not spot the fish anymore.
I let the fish be and headed for the pub for dinner. Great day to be outside.