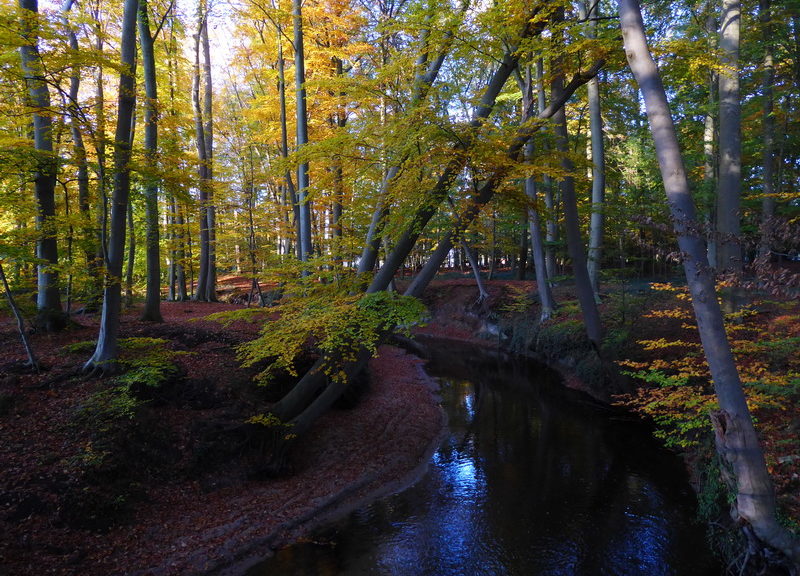 As the days get shorter and the temperatures go downhill it would made more sense to fish the waters at my side of the border for pike instead of continuing to fish the river on the German side.
Still I really enjoy the pub visits after my fishing exploits and as the foliage is coloring and falling fast this is the time to visit the rural countryside.

The water is getting very clear now and fish seem to disappear to their overwintering haunts wherever that may be.
Last Sunday was a beautiful clear day but with a very chilly start.
As the temperatures hovered near freezing in the morning I went out quite late.

Many of the spots that usually held fish in the summer where empty but I did see some surface activity even with the low temperatures.
The fish I encountered where  small roach and dace, at least something was biting.
Even a small brown trout nailed one of my newly tied nymphs.

Did some more field testing with a nymph I found in the trees that used to belong to one of my compatriots and it proved to be a steady producer of fish.
Size 16 barbless shrimp hook, red metallic tungsten bead, body of fluorescent green tying thread ribbed with orange fluorescent tying thread.
A combination I would not even have thought up in my dreams but it does work.