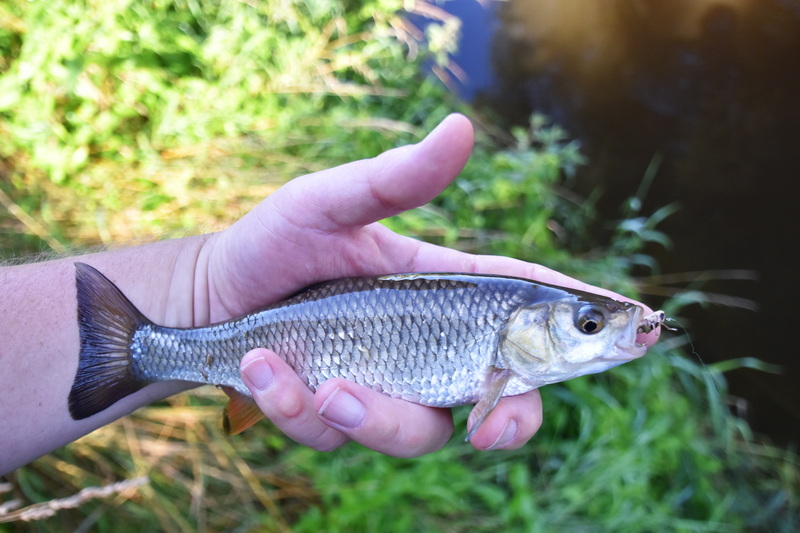 With summer in full swing and harvesting going on the best time for chub fishing is near.
If only the weather would be more stable things would be easier.

Mission big chub was a fail once again as I messed up the only chance at a big fish.
Although some of the banks where finally mowed the high and murky water prevented me from spotting any fish.
A few small ones went for the hopper anyway though.

I had three shots at one big chub. In the first and second cast the fish would follow the fly but hesitated to grab it.
At the third shot I launched the hopper with a splash in the water and the fish followed and tried to take the fly.
Tried as I lost my cool like usual and struck to early … will the hurting never stop…
But we will try again with mayflies, hoppers and the odd crane fly imitations.

Anyways a nice day to be out and about.