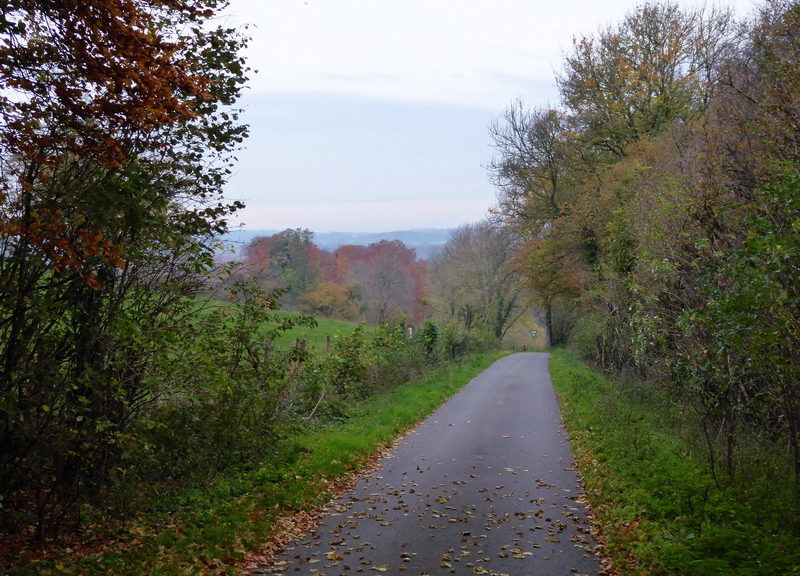 There was a working party at the clubs hatchery and as volunteers where sought I attended the party.
With all the foliage coming down from the trees the aeretors in the hatch ponds got blocked causing the alarms to go off at the caretakes of the hatchery.
Usually in the middle of the night so I could understand the urgency of the work.

It was a cold day and by noon when the work was finished I went to the local pub first to get something to eat.
Normally food would be provided at working parties but with this ad hoc event nothing was arranged.

Off course I had to catch some fish but I only encountered a few dead trout lying on the streambed and wondered how that happened.
When the sun dissappeared at the horizon I feared for the dreaded skunk but just before dark at least some small dace decided to take the nymph.

With the winter setting in fish have dissappeared from their summer haunts so best to find some deeper water or sheltered spots to have some chance at succses.