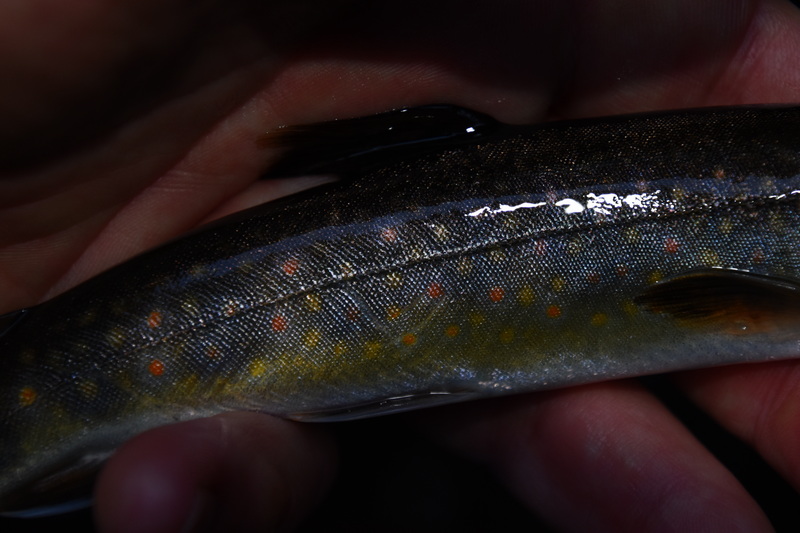 With the pandemic ditching many road trips for another year a last minute
decision was made to squeeze in a trip to the mountains.
The goal was to catch a lot of trout as the results on the home waters where
pretty dismal.

Hotels and licenses where booked in advance and nothing stood in the way
of a good trip.
Almost nothing as just a week before I noticed that extreme rainfall in the
area had swollen the rivers to alarmlevel 2.

We had to expect that we would be fishing high and dirty water.
As part of the stream we would fish was a tailwater and I had been fishing
in such conditions before I was not worry we would not catch any fish.
It would be challenging though….

In the end it all worked out but water was high and off color for all day
of the trip.
Despite that fish where pretty active with the only letdown being the lack
of rising fish despite the presence of many insects.

I fished the squirminator almost exclusively to provide some silhouette
for the fish in the dark water and that worked out good.
The only time I fished the dry fly was when I noticed rising grayling,
a short lived rise but a few fish where caught.

My goal of catching brown trout, rainbow trout and grayling where all
achieved with as a bonus a brook trout which I had never seen there
before.  The upstream section above the reservoir also yielded the
usual roach that enter the stream from the still water.