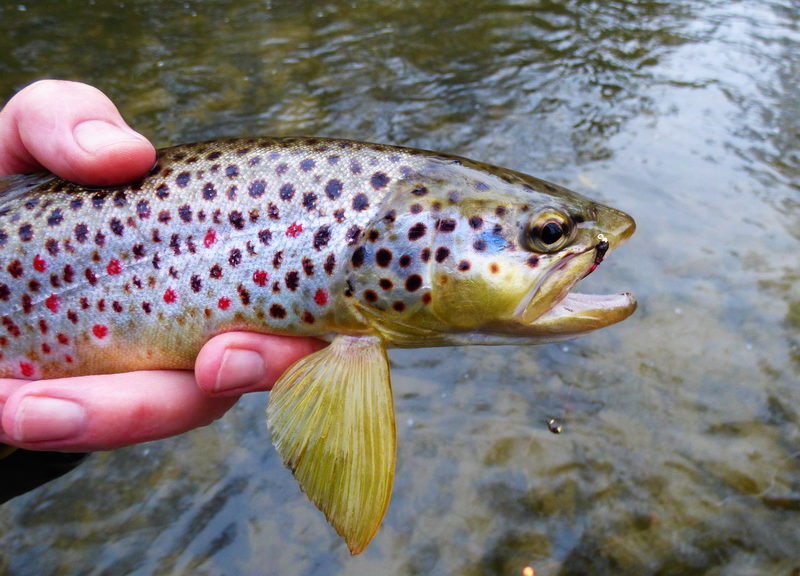 The idea behind this site is to document my flyfishing exploits.
Living at the Dutch / German border in Enschede offers interesting  fishing opportunities.

The streams over the border are well suited to flyfishing.
That good fishing resulted in memberships of German fishing clubs so
I could have access to several small streams.
The major attractions are chub and dace but with in addition brown trout.

Most of the small streams entering the Netherlands at the eastern border with Germany originate from the remnants of a bay from the cretaceous period. The streams I fish are mostly straightened watercourses allthough some parts are still more or less untouched.
These streams have a high fluctuation in waterlevel as they are for the most part dependant on rainfall.
The streams are lowland streams with sediment consisting mostly of sand with some sections made up of sandstone.
Man made obstructions like weirs and watermills have made the streams impassible for migrating fish.
Due to the EU guidelines many weirs have been removed in recent years while others have been made passable for migrating fish.
I have not seen any migratory fish myself yet but have heard stories of other anglers who did encounter them.

The species of fish available in the streams I fish varies widely.
Upper reaches often hold dace, roach and trout.
Further downstream where the streams go wider species like bream, chub, barbel and asps join in with off course pike and perch.
Any section above a weir will have carp roaming the slow moving water.
The fish species I have caught in the stream where: bleak, bream, brook trout, brown trout, chub, dace, gudgeon, perch, pike, rainbow trout, and roach.

Duo to the limited clarity of the streams my preferred fishing method is fishing small nymphs most of the time.
Besides shrimp the nymphs of caddisflies and mayflies are often found.
There are however always moments where a well fished dry fly is a killer.
Mayflies can be abundant in spring with St.Marks flies (bibio) with caddis flies being a favourite of mine as they always seem to work.
I seldom fish with streamers due to the shallow nature of the streams but sometimes when dryfly and nymph are fruitless a streamer can work.

Upper part of the streams often feature a landscape I refer to as the jungle with shrubs and trees everywhere leaving no room for backcasts.
A short rod like 7ft. with a 4-weight line is best.
When fishing with light tippet full flex rod protects the tippet when a larger fish like a trout takes the fly.
On the lower reaches of the streams in the open landscape with high banks a longer 9ft. rod is of advantage.
Wading is not neccesary but handy to cross over to the other bank.

Questions? message me in English / German or Dutch.