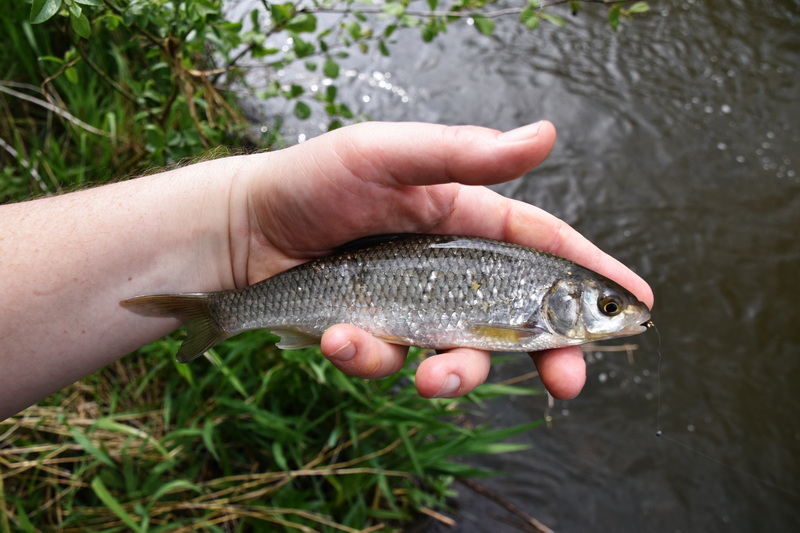 With a sudden rise in temperature I hoped fish activity might be on the up today.
Still not able to get to my waters across the border due to pandemic issues I fished
the muddy stream on my side of the fence again.
Insect activity had increased but I could not spot a single surface feeding fish.
A few nibbles of small fish was the only thing I could muster fishing the nymph.

When I finally hooked a small roach and thought skunk was avoided a pike came
out of nowhere and took off with my fish.
Now I had to battle the pike on very light tippet, but believe it or not the pike
remained connected.
I made the net ready but at the last minute the pike let go, apparently not hooked.
What remained was the little roach which consequently fell of the hook.

Bites where scarce but finally I hooked another small roach.
Fishing was not going great, the water was a bit higher than usual and murky.
The faster shallow water behind a weir yielded one dace and another small roach.
The last spot of the day was also pretty dead, nothing at all was moving.
The sudden heat had brewed up some dark clouds during the day so I called it quits early.
My skills of forecasting electrical storms had let me down in the past so
I was not going to risk it by staying out.