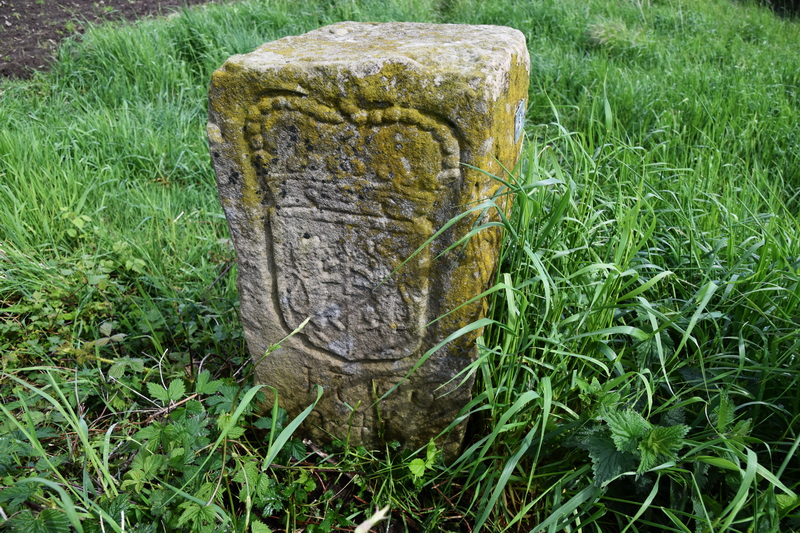 Last Friday was another day off for me but it rained most of the day so
I did not go out fishing.
With the last blank still on my mind I put my plan in practice to visit
the feeder stream that was put in use as a bypass of the main river.

I had picked out a spot from the satellite imagery and it actually looked
as good from close up as from space.
The water was clear and looked well … fishy.
But again … no signs of life on the surface or elsewhere.

On my regular water seams between slow and fast water would house
roach, dace and the like but here they seemed empty.
When I explored the stream further the depth diminished rapidly to only
2 ft.
At a slightly deeper pool I noticed the silvery flash of a fish on the bottom
so I tried to catch it.

No big fish but at least something to avoid being skunked.
After a few casts I had actually caught a small chub, very rare in my neck
of the woods.
Think the bigger chub might not be far off I tried further sections of the stream.
Unfortunately no big fish to be seen, I only managed a few small yellow perch.

I followed the stream until it flowed into the main river but even there no
fish where to be seen.
In the afternoon the skies brewed up some rain and I just made it to a shelter
before being soaked.

I was now at the section of the main stream that formed the border between
the Netherlands and Germany and I just could not resist to visit the other side.
I found a neat border stone from 1766 marking the border between the Duchy of Gelre and the Bishop of Munster, still the border today.

Dark clouds of the showers I just dodged headed north in the direction I had to go
so I killed some time trying to fish the main river.
Nothing was moving though, it is not a good sign when a mayfly can sit on the
water without a murder attempt of a trout, dace or chub.
When the coast was clear I made a run north with in my pursuit some nasty clouds
that brought the next batch of rain just as I got home.

The whole shiner fishing obviously is not up to par right now.
In a few weeks’ time the closed season for pike and perch will be in swing and
fishing with streamers will be allowed again, I think I give it a try.