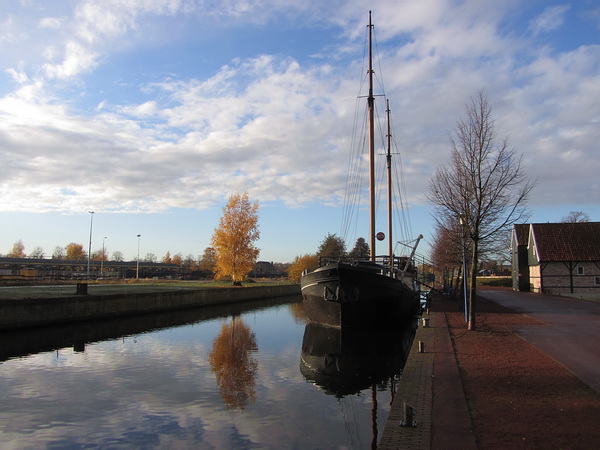 My plans for yesterday where to fish the river and hope that the chub would be active.According to the weatherforecast light rain was expected but it turnedout to be heavy instead.The conditions where not suited for river fishing in my book so I had tothink of a plan B.
The weather would clear up midday so I decided to fish one of the localharbors instead, my intended quarry was perch. The harbor was quit, the last rains subsided and blue skies appeared in the distance.Like every winter the water turned very clear so I could see quite a distance in the water.No fish to be seen though.I tried my usual to go spots but I did not even get a hit.At long last i finally caught a small perch so at least I would not get skunked. 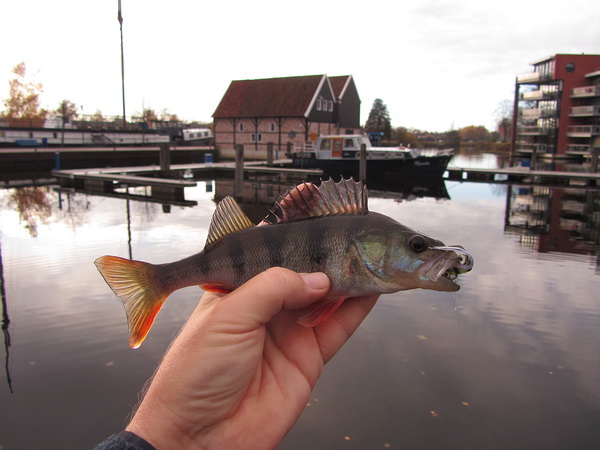 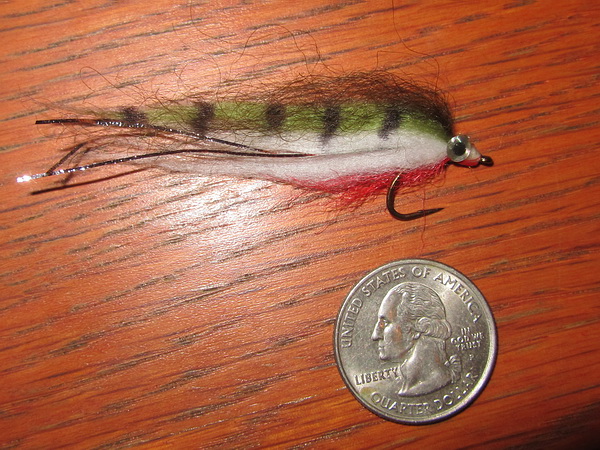 The fly I use for perch fishing, Polar minnow (Fulling mill)

The floating docks did not yield any fish so my last option was to fish a dead end canal thatusually had some activity in it.The far end of the canal was used as an overwintering ground for many small coarse fish.Diving Grebe’s where an indication that the small fish where present.My canal outfit consisted of a light 7 ft #4 rod fitted with a sinking line and a superfast sinkingpolyleader.A short tipped and a perch style polar minnow completed the set.The first section of the canal yielded no contacts but near the end I could see the perchstanding in the water.A huge school followed the streamer and one fish finally grabbed it. 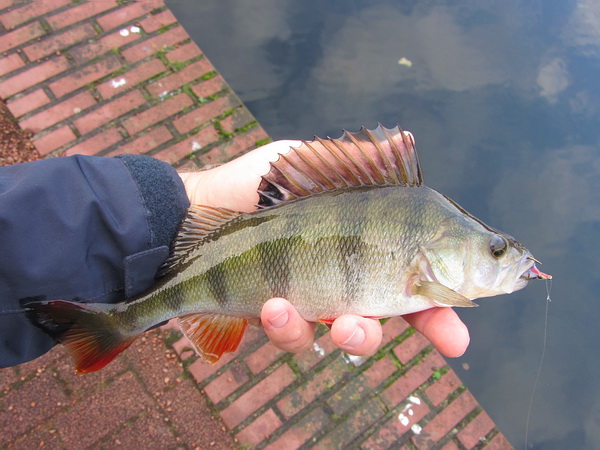 The end of the canal proved to be full of perch and soon I was catching the oneafter the other.Most where small but larger specimens where also present.I even hooked a small pike for a short while but that fish was just holding on to the polar minnow fibers. I fished untill the light was gone and action had died down.Thanks to plan B a brilliant day in the outdoors.